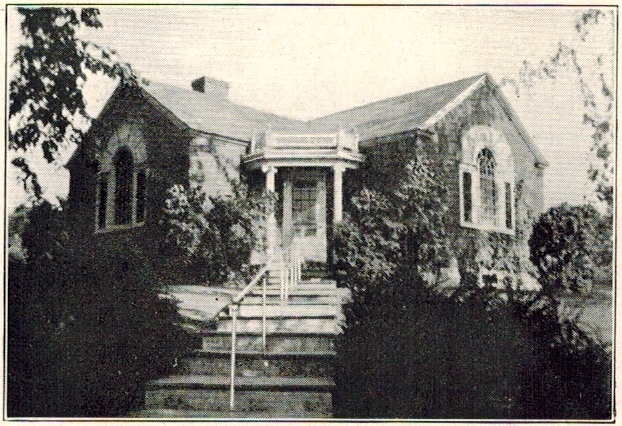 THE BUILDING OF THE ELKINS MEMORIAL LIBRARY

In 1917, Mrs. Lucia Maria Sargent Elkins died, leaving the funds in trust for Canterbury to buy a lot, build a library, keep it in repair, and buy books.  At the time Canterbury’s library operated out of a room in the Town Hall.  Funds were placed under the jurisdiction of three library trustees.  Then things got complicated, very complicated.

Locating and Building the Library

1921:  Library trustees reports that, “by the purchase of the Baptist Meeting House Lot”…a site has been secured for the “Elkins Public Library”.

1923:  Trustees report the library isn’t built yet because the location had been a “vexing problem” and construction costs were beyond their means—but a site and sufficient funds have been found “so that now there seems no good reason for further delay.”

The building was finally completed in 1928, eleven years after the bequest.  The Elkins Bronze Marker (weighing 53 lbs.) was mounted on the west side of the building in time for Old Home Day celebrations, August 1931.

Eventually things calmed down and the library was built on a lot across the street from the cemetery and served the community well for many years.  When a new library was required, it too was called the Elkins Public Library.  The original library is now the Elkins Memorial Building and is used for exhibits and special programs.